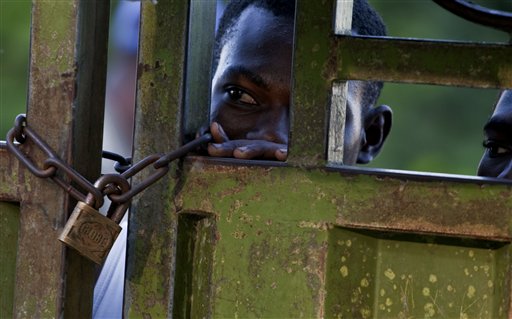 Authorities in the Dominican Republic fear an increase of immigration from Haiti if work doesn’t begin soon to rebuild the capital, Port-au-Prince. “Our fear is that if international aid for rebuilding Port-au-Prince doesn’t come quickly, it could spur new levels of desperation” among Haitians to enter the Dominican Republic, Vice Adm. Sigfrido Pared Perez said. “We trust that things will get organized quickly to prevent that situation,” he said, adding that the start of Port-au-Prince reconstruction works will create jobs, which will ease pressure on the border. “That’s the part that interests us most, that they will need a great many Haitian workers in Port-au-Prince and that will ease the pressure a little,” the former defense minister said.

After the earthquake, repatriation of illegal Haitians from the Dominican Republic was suspended, the border was opened to let in the injured, and documents were given to Haitians in the process of legalizing their stay in the country so that they could go see their families without any problem of getting back in. Pared Perez said that, besides these and other measures, more than 2,000 forms were handed out to allow the exit of Haitians in the country illegally who “were in a state of desperation and wanted to find out about their families.” All this, he said, “affected immigration control, but we’re willing to pay that price to help our brother nation, which has been hit by a tragedy unprecedented in its history.”

Several weeks after the tragedy, the armed forces and the Cesfront border patrol have begun to apply measures to stop illegals from crossing the border, the immigration chief said. He estimated that since the temblor struck, between 30,000 and 50,000 people could have entered Dominican territory from Haiti, a figure that includes between 15,000 and 20,000 injured, as well as their family members and people who have simply entered the country illegally. Instructions are now being given to establish more effective controls and avoid these conditions being used for the purpose of people-trafficking,” Pared Perez told Efe.

About the cases of Haitian children wandering around the streets in the northern city of Santiago, in Santo Domingo and other places, he said that his department “cannot detain those kids nor send them to the border” to repatriate them because the law protects them. For that reason Unicef and organizations like the National Council for Children and Adolescents, or Conani, have been called on to provide shelters for those homeless children and establish procedures for attending to their situation.

Although there are no official figures, there could be between 700,000 and 1 million undocumented Haitians in the Caribbean nation, “too many for a country like the Dominican Republic,” he said. Dominican authorities are awaiting the approval of a regulation implementing the Migration Law, an instrument which, in the opinion of the head of the department, “should be accompanied by the modernization of the migration system” with biometric controls and other measures.

One thought on “Dominican Republic Fears Increased Migration from Haiti”