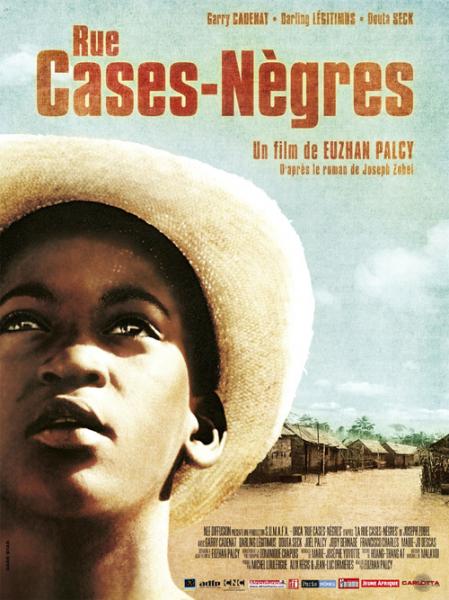 Euzan Palcy’s Rue Cases-Nègres [Sugar Cane Alley] (1983), based on Joseph Zobel’s eponymous novel, will be shown in theaters throughout France from February 17 until April 17, 2010. Palcy’s first feature film, it has been called “a tribute to Antillean memory,” “a symbol of the collective Antillean identity,” “a page of colonial history,” and “a universal coming-of-age classic.” Rue Cases-Nègres won numerous awards including a César and a Silver Lion (Venice Film Festival).

Rue Cases-Nègres features 1930s plantation life in Rivière-Salée, Martinique. A young orphan named José is raised by his grandmother M’an Tine, who believes in tough love and the importance of education. His formal education is complemented by the stories told to him by Médouze, an elderly sugar cane worker who narrates the adventures and trajectories of slaves, sugar cane workers, and békés intertwined in an oppressive system. As José becomes a receptacle for the traditional transmission of oral history, his future begins to take shape.

Martinican director Euzan Palcy moved to Paris in 1975 to earn a master’s degree in theater and French literature, a PhD in art and archeology, and a film degree from the Louis Lumière School of Cinema. She has won countless awards and honors including the Chevalier de l’Ordre National du Mérite in 1994 and, more recently, Officier de l’Ordre National du Mérite in 2009. Since her Rue Cases-Nègres her films have ranged from dramas like A Dry White Season (1989) and comedies like Siméon (1992), to documentaries such as the three-part Aimé Césaire: Une parole pour le XXIe siècle (1994).