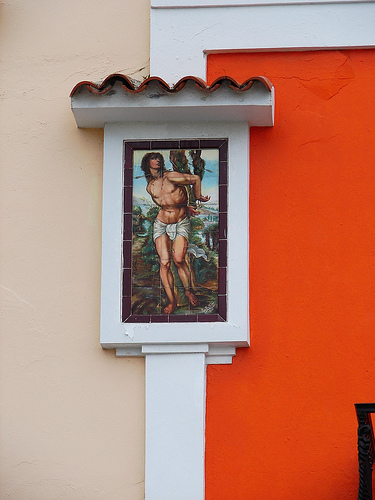 Puerto Rico is getting ready for the 2010 Fiestas de San Sebastián [The Feast of Saint Sebastian]. The festival, which is sponsored by the Institute for Puerto Rican Culture, takes place along San Sebastian Street in Old San Juan for three days, celebrating Puerto Rican culture with a full program of parades, costumed revelers, performances, folkloric dancing, traditional and contemporary music, food, art exhibitions, crafts, and fireworks. It is usually organized close to January 20, St. Sebastian Day. The festival will be held from Thursday, January 14 to Sunday, January 17, 2010. The festival has become the largest community cultural event on the island. This year, Old San Juan expects to host around 300,000 people including the participation of over 500 artists and artisans. Although the official schedule of events has not yet been announced, over 60 activities are in the works.

St. Sebastian, a martyr of the early Christian movement during the height of Roman Empire, was put to death, fired upon by arrows. From Milan, he was already venerated there in the fourth century. He was the son of a wealthy Roman family and was an officer of the Imperial Roman army and a favorite of Emperor Diocletian. During Diocletian’s persecution of the Christians, Sebastian visited them in prison, bringing them comfort and food. His aura was said to have cured a woman of her muteness, and that the miracle instantly converted numerous people. He is the patron saint of young adults and athletes.