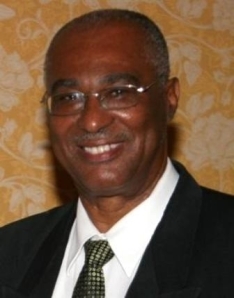 Last night, December 31, 2009, Nevispages reported that the Honorable Joseph Walcott Parry has been declared “Man of the Year 2009.” Nevispages said that their criteria for selecting the “Man of the Year” were based on the person or persons who most affected the news and the lives of Nevisians.

The Premier of the Caribbean island of Nevis— and Minister of Finance, Statistics, Economic Planning, Education, Human Resources, Tourism, Labor, Information and Technology—was a teacher at the Charlestown Secondary School (which he attended) for the majority of his civil service career. He has been a positive influence in the lives of many Nevisians who have gone on to excel in their own careers. In the private sector, Parry was a founding member of the Bank of Nevis was one its first directors. In sports, Parry served as President of Nevis Cricket Association for over ten years. He was a representative for Nevis on the Leeward Island Cricket Association for six years and sponsored a number of sports teams in his home parish of St. Thomas over the past years.

Joseph Parry served as the first Nevisian Permanent Secretary and was responsible for establishing the Social Security Office and is considered the architect of the Nevis Civil Service structure after Nevis’ independence in 1983. As an experienced politician, Parry’s “integrity has never been called into question and his love for his country and its people has been unwavering.