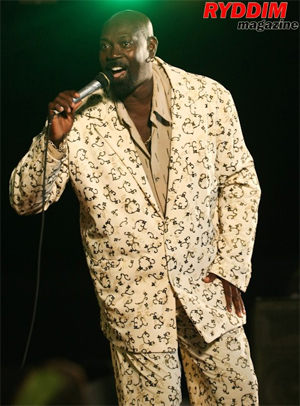 King Socrates has regained his calypso crown in the St Kitts and Nevis carnival. He amassed a total of 763 points to win the crown on Tuesday night in a keenly contested calypso show finals held before a massive crowd at Carnival Village. The other positions went to I-Soursop who placed third runner-up with a total of 700 points, Queen Jackie in the second runner-up position with a total of 721 points and the first runner-up was Astro out of Nevis with 739 points.

King Socrates first song touched on the health situation affecting many persons young and old, such as diabetes and hypertension while his second song was a political commentary looking at the cases in court between the Government and the main opposition party the People’s Action Movement.

Prime Minister the Hon. Dr. Denzil Douglas performed the honours of crowning the king while participation trophies were presented to each calypsonian by the reigning national Carnival Queen Sudeakka Francis.