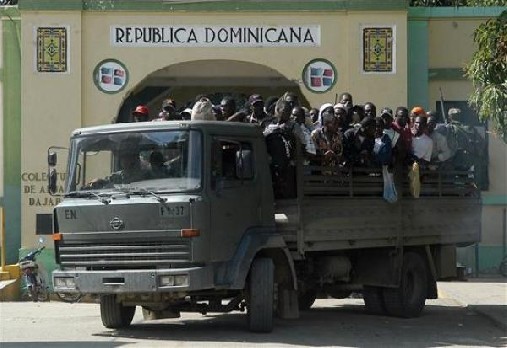 The Spanish news agency EFE reports that Dominican soldiers stationed on the Dominican-Haitian border in the northwestern province of Dajabón traded shots with Haitian rustlers who were transporting to their own country 43 cattle stolen from Dominican ranchers, the Cesfront border security agency said. No casualties or arrests were reported, and the Haitians escaped leaving the cattle behind. Taking part in the action were combined army and Cesfront troops, the agency said.
The livestock recovered belonged to rancher Manuel Cordero, who has been the victim of cattle rustling on other occasions. Cattle theft by Haitians conspiring with Dominicans is frequent in Dominican communities along the Haitian border, and have sparked conflicts between the citizens of both countries. Less than two months ago, nine Dominican ranchers who crossed over into Haitian territory looking for their stolen cattle were arrested by the Haitian National Police. The Dominican National Police, meanwhile, said it was looking for two illegal Haitian immigrants who allegedly killed a Dominican shopkeeper with a machete and club to rob him. Francisco Antonio de los Santos, 48, died from stab wounds and the blows inflicted by Haitians who were his fellow-workers, National Police northern district spokesman Cordero Paredes said. The suspects worked in a poultry store owned by De los Santos in Pueblo Nuevo, a district in the northern city of Santiago.

The incident is one of many in recent months pointing to the continuing tensions along the border, which has been increasingly militarized on the Dominican side as the Dominican Republic seeks to protect the border from Haitians coming across to cut wood for charcoal and steal cattle for milk and meat.

For the original report go to http://www.laht.com/article.asp?ArticleId=349515&CategoryId=14092