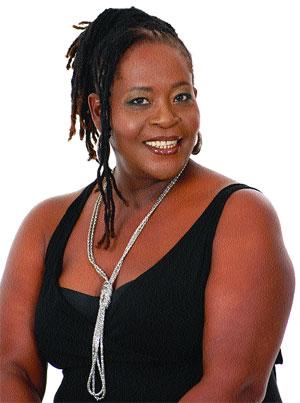 Actress Mairoon Ali, 55, who this year celebrated her 20th year as a professional actress in Trinidad and Tobago, died yesterday. She was found dead in her house and an autopsy has been scheduled to determine the cause of death. The winner of several Cacique Awards, her career highlights included roles in Run for Your Wife, Clear Water, Independence Day for which she won a Cacique Award in 2002 for Most Outstanding Actress, and the popular local soap opera Westwood Park.

The Trinidad and Tobago Express site gathered reactions to her death.

News of Ali’s death quickly spread through the local entertainment industry and many of her close friends and colleagues visited the family’s home at 11 Carlton Street in St James to pay their respects.
They included singer Mavis John, producer/actor Raymond Choo Kong, comedian Errol Fabien, actress Penelope Spencer and comedienne/talk show host Nikki Crosby.
’Her love was theatre and she loved teaching too … so many kids passed through her,’ a sobbing Crosby said.
’She was our sister and our family, not just a friend. We had so many dreams and plans.
She was also writing her poetry book, Mairoon’s Mind.
That is what she was working on. She had so much to give to us.’
It was only last Sunday that Ali was robbed at a Pricesmart outlet, according to Crosby.
’I remember her calling me and crying and I telling her that life is so precious and at least they didn’t kill you for your wallet or anything like that.
We talked a lot about life this week because she was so angry that she had to go and get everything renewed and I kept saying, girl, this is what life is.
At least they didn’t stab you and kill you for your wallet.’
Ali spent Saturday night celebrating Spencer’s birthday at Drink! wine bar in Woodbrook, according to Crosby.
She added: ’Penny was going to Grenada today and we decided to hang out before she left.
I spoke to her (Mairoon) about 9 o’clock last night and I told her that I had injured my back from lifting a child and I told her that I was not really up to going out.
So we had planned today, she was going to clean and we were going shopping today.
I can’t think of Christmas and don’t think about her.

Ali is survived by her husband, Edward Yearwood, her son, soca artiste Olantunji Yearwood, and her stepson Roland Yearwood.

For more go to http://www.trinidadexpress.com/index.pl/article_news?id=161572667

One thought on “Trinidadian actress Mairoon Ali has died”