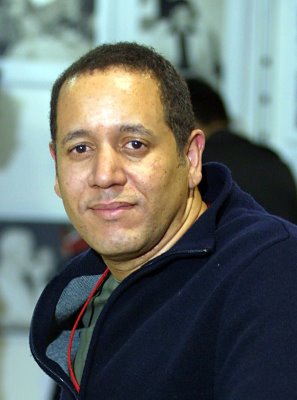 The following notice about José Manuel Prieto’s essay in this week’s Nation appeared in The Huffington Post:

In the late 1980’s noted novelist Jose Manuel Prieto was asked to leave Cuba, at odds with the Castro regime and what he calls the Cuban Revolution’s “deep and terrible idealism.” In his essay “Travels by Taxi” in this week’s Nation Magazine “Fall Books” issue, Prieto describes the challenges of explaining the situation in Cuba to people he meets around the world. In this video conversation, Prieto and Daniel Wilkinson, a Nation contributor and the deputy director of the Americas division at Human Rights Watch, discuss Prieto’s essay, and the topic of freedom of speech for writers and bloggers currently in Cuba.

In “Travels by Taxi”, Prieto reflects on the positive and negative consequences of that idealism for Cubans generally, and also on the cultural and political dimensions of Cuba’s relationship with the United States. You can read the full essay here.

The notice appeared originally at http://www.huffingtonpost.com/2009/11/23/prietos-new-novel-travels_n_368168.html