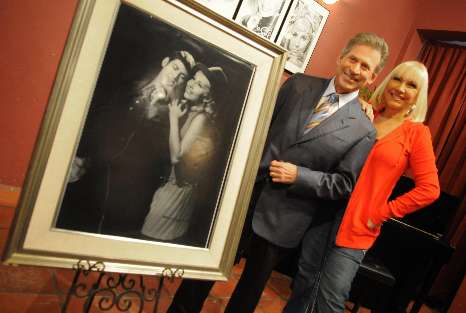 Puerto Rican singers Chucho Avellanet and Lissette Alvarez, together with Lucecita Benítez, were fixtures of Puerto Rican television in the 1960s and early 1970s. For years they were the stars of a noon-time music variety show that was one of the island’s top-rated television shows for decades. The pop singers, whose televised romance and brief failed marriage were the focus of intense media attention, are going on tour in Puerto Rico in February. The ir new tour, a sort of musical nostalgia trip, aims at rekindling the flames of a sound that was then known as the New Wave.

The tour will begin on February 5-6 in the historic Teatro Yagüez in Mayagüez and will continue the following day at 5:30 pm at the Ponce Hilton hotel. Then, on February 14 and 14 (Valentine’s Day) they will be at the Centro de Bellas Artes in Caguas. Puerto Rican guitarist Jorge Laboy would be in charge of musical direction.

For more (in Spanish) go to http://www.primerahora.com/diario/noticia/musica/espectaculos_asi/chucho_y_lissette_admiten_su_conexion/344938

One thought on “Chucho and Lissette: A blast from the Puerto Rican 1960s”