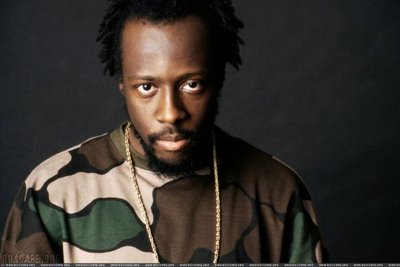 In the midst of recording his next project, a self-titled album slated for spring 2010, Wyclef Jean decided to revisit his hip-hop roots on the newly released “DJ Drama Presents Wyclef Jean, a.k.a. Toussaint St. Jean: From the Hut, to the Projects, to the Mansion.” Issued November 10 on Jean’s own Carnival House Records through Megaforce/Sony Music, the EP bowed at No. 36 on Billboard’s Top R&B/Hip-Hop Albums chart for the week ended November 15. The 13-track EP finds the MC/songwriter/producer adopting the persona of Toussaint St. Jean, loosely based on the 18th-century Haitian revolutionary hero Toussaint L’Ouverture. The set of all-new material features Timbaland, Eve, Lil Kim and Cyndi Lauper.

“When you get to a certain point in your career, people forget where you came from,” Jean says of the EP’s concept. “So now, Toussaint is going to show everyone my skills and how I got started in hip-hop. Just in case you thought Clef was dead and he don’t spit: Here’s the reinvention.”

In addition to the assertive “Warrior’s Anthem,” the EP’s notable tracks include “The Streets Pronounce Me Dead,” which finds Jean addressing all naysayers, and the Lauper-assisted “Slumdog Millionaire.” The point of the EP, Jean adds, is that “whatever you want to do, you can accomplish. If I came from nothing and became something, if I was chosen for greatness, then so can you.”

Jean is among the artists chosen to perform at the Nobel Peace Prize Concert on December 11; also on the bill are Will Smith, Toby Keith and Donna Summer. In the meantime, he already has recorded several songs for his upcoming studio album, including numbers with Lil Wayne (“Seventeen”) and Natasha Bedingfield (“Tonight”). Also on his guest wish list: Young Jeezy and Amy Winehouse

For the original report go to http://www.reuters.com/article/musicNews/idUSTRE5AK02420091121