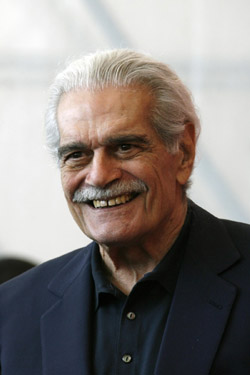 The III Dominican Republic Global Film Festival will take place between November 18 and 22, 2009. Its theme this year is “Global Issues, Personal Stories.” The festival will officially open in four different Dominican cities at the same time. Santo Domingo, Puerto Plata, Santiago, and Nagua will each be holding their own inauguration ceremony and premiering a different film in each of the four venues. 30 films from around the world— Argentina, Belgium, Brazil, Chile, Colombia, England, France, Germany, Holland, Israel, Mexico, Peru, Spain, United States, Uruguay, and Venezuela— will be screened. This III Edition of the DR Global Film Festival will offer a tribute to the distinguished international actor Omar Sharif (born Michel Demitri Shalhoub in 1932 in Alexandria, Egypt). The tribute will take place November 18 at 7:00pm at the National Theater in Santo Domingo.

The Dominican Republic Global Film Festival presents a selection of the best international, dramatic, and documentary films to enrich the country’s film culture and to bring the seventh art into all sectors of Dominican society. The Festival contributes to raising awareness and understanding of global issues through stories about events and people that have left a mark on our lives. It uses film as a way to promote and encourage discussion about social issues, politics and economics. It also aims to bring to the Dominican public a wide variety of films that are generally not available to them and to bring together people from various sectors and social classes to view and discuss the films.