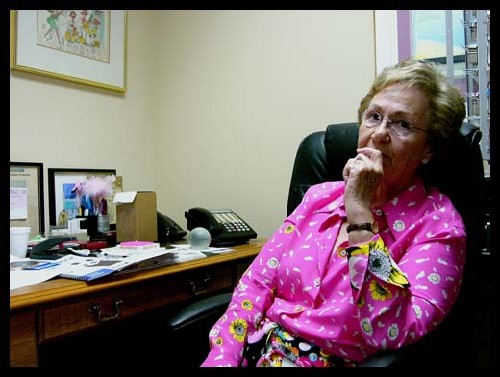 Fidel Castro’s younger sister Juanita has just revealed that she was for years a spy for the CIA. The revelations come in a new memoir, Fidel and Raúl, My Brothers: The Secret History, in which she tells of hiding documents inside cans of food and sending secret messages via a clandestine radio and two tunes – a waltz and a song from the opera Madame Butterfly.

According to London’s Guardian newspaper, the 76-year-old Miami exile recounts “how she sheltered government opponents in her Havana home, among other subversive acts, before leaving Cuba in 1964 and publicly denouncing Fidel and Raul as despots, a bombshell which damaged the revolution’s image in Latin America.” Here are some excerpts from the article, which can be accessed through the link below:

There had been widespread speculation for many years about Juanita’s recruitment, said Brian Latell, a former CIA analyst who is now a senior researcher in Cuba studies at the University of Miami, and author of the book After Fidel. “She was considered a success by the CIA. It was very pleased with her, especially after she left Cuba. She was very outspoken and played a critical propaganda role in travelling around Latin America. She had quite an impact in Chile’s 1964 election.”

Juanita initially hailed the revolution’s 1959 triumph over the US-backed dictator, Fulgencio Batista, and supported its social programmes by working in health clinics. But executions of opponents and the squelching of democratic hopes disillusioned her. She was already discreetly aiding dissidents when, according to her book, the wife of the Brazilian ambassador in Havana, Virginia Leitao da Cunha, asked her to meet a CIA agent, Tony Sforza. Sforza had previously worked on a Cuba-related CIA project known as Operation Mangosta.

“Many of our men are working there [in Cuba] and run the risk of being discovered,” Sforza told her at the Hotel Camino Real in Mexico City. “The mission involves protecting them and helping them move from one place to another with as much security as possible, finding them places to stay in houses that are safe.” Her family links gave her invaluable access to prisons, he added.

Juanita agreed to take on the code name Donna and gave Sforza two tunes that, when played over a clandestine radio, would signify that she had, “or did not have”, a message. One of them was Madame Butterfly; the other was a waltz, Fascinación.

Her first mission was to take money, messages and documents back to Cuba from Mexico, hidden inside cans of food. She also carried a codebook back with her and, after receiving a shortwave radio, persuaded two former school friends to aid her. She says she refused to take part in anything that would cause bloodshed and refused payment for her services.

Her cooperation was a rare cold war success for spymasters tasked with toppling the Soviet Union’s tropical ally. The Kennedy White House authorised many CIA assassination attempts – ensuing decades racked up 638 efforts, according to one estimate – as well as the disastrous Bay of Pigs invasion by exiles.

Published simultaneously in the US, Mexico, Colombia and Spain, the memoir had Harry Potter-style secrecy and was kept in sealed boxes and secured pallets to avoid leaks.

For the complete article go to http://www.guardian.co.uk/world/2009/oct/26/fidel-castro-sister-cia-agent