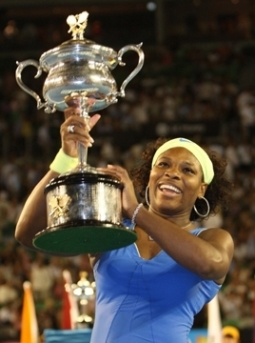 Eleven-time Grand Slam champion and world number one tennis player Serena Williams will play in Barbados in November at the Wildey Gymnasium for the country’s biggest ever exhibition game. Williams will be joined by US Open finalist Caroline Wozniacki, the world number five in a mixed doubles game with two locally-based players.

The two-day event, called “Tennis ‘pon de rock,” begins on November 28.  The two tennis stars will participate in a fantasy camp for Barbados’ best junior players before they take the court later that day to play in their last singles match of the season. “The two will definitely be going for it even though it’s an exhibition,” notes event organizer Kodi Lewis, who expects both women to play at a high level.