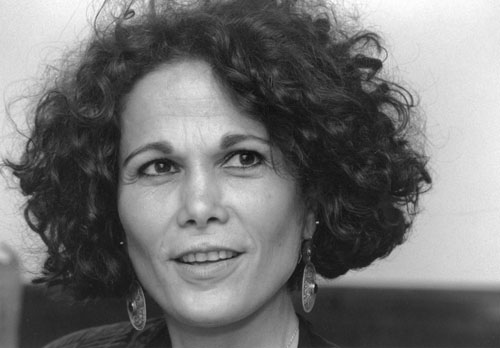 On Saturday, Julia Alvarez will be honored at the 14th Annual F. Scott Fitzgerald Literary Conference on the Montgomery College-Rockville campus. She sat for an interview with the local newspaper in anticipation of the event. Here are some excerpts, with the link to the complete article below.

Wannabe writers, rejoice. Julia Alvarez was approaching middle age before she hit the literary big time with her novel “How the Garcia Girls Lost their Accents” in 1991. In the interim, she did hard time as an itinerant teacher-writer working with children, teens and seniors across the country.

Sure, Alvarez could look back at her slow trajectory with pride, knowing that her “once upon a time” finished with a happy ending, but she is reticent about romanticizing those years or the outcome.

“Many moments I had self doubts. I watched as friends settled down, and my family was worried,” she recalls.

Nevertheless, the self-described “driven soul” never considered giving up her writing ambitions for a white picket fence. Instead, in the last 40 or so years, she has compiled an impressive body of work including novels, essays, poetry, children’s books and nonfiction. Alvarez was an obvious choice, according to John Moser, Fitzgerald conference’s chairman. He met Alvarez in 2008 when an adaptation of “Garcia Girls” premiered at Round House Theatre in Bethesda.

Whether Alvarez is writing novels about the Latin community, a poem about sweeping the floor or a nonfiction book on quinceaneras, she articulates the cultural juggling acts of immigrants with humor and nuance.

After all, she experienced it firsthand. The author was born in New York, but her family returned to the Dominican Republic when she was still an infant. Although surrounded by a loving family, they were subjected to the brutal and often arbitrary rulings of the country’s dictator Rafael Trujillo.

“I never did well in school,” Alvarez admits. “We had to learn by rote. I wasn’t a reader. We read textbooks designed to do away with the life of the mind.”

Alvarez was such a poor student that she was required to go to summer school each year.

Amid the academic chaos, she remembers perking up only when her “tio and tia” [uncle and aunt] began to tell a story.

“I hadn’t yet made a connection with storytelling and what is inside a book,” she observes.

Ten years after the family returned to the Dominican Republic, the government learned that Alvarez’s father was involved in an underground movement and the family left their Caribbean island home for New York City. Although Alvarez had learned English, at times she found American English indecipherable. Still she became fascinated with language, especially discovering the subtle meanings of individual words and phrases.

While Alvarez had dreamed of moving out of a country ruled by a dictator to the U.S., once in New York, she was disappointed.

“I had expected to discover a great democracy from the country and I didn’t find it,” she recalls.

Soon the youngster was ensconced in the safety of the public library, poring over books and magazines. It was then Alvarez knew she was destined to write.

After completing a degree in creative writing at Middlebury College in 1971, she found getting published in what she describes as the “pre-women’s movement” was difficult. At that time, recording the Latino experience – even fiction – was considered “sociology.”

Fortunately, Alvarez found that she liked teaching and “finally, on the strength of some publications in small magazines and a couple of writing prizes, I landed a tenure-track teaching position at Middlebury College,” she says.

There, the author found herself counseling well-heeled students frustrated at not having been published by age 19.

Nevertheless, Alvarez knew she had stories to tell, and was a teacher who “wrote on the side.” Coincidentally, the year “Garcia Girls” was published, she also earned tenure at Middlebury. Not long after, she opted to write fulltime and for the first time, “teach on the side.”

Nowadays, Alvarez likes to call herself a “farmer’s wife,” occasionally helping her husband “bottle feed the calves and help with the planting” on their organic farm in Vermont. The couple also have established an organic coffee bean farm in the Dominican Republic, created to help small farmers make a living on the island.

“I don’t wish that you get important jobs,” she often tells graduating seniors, “but rather [that] you find your calling. If you do, you will find deep gratification.”