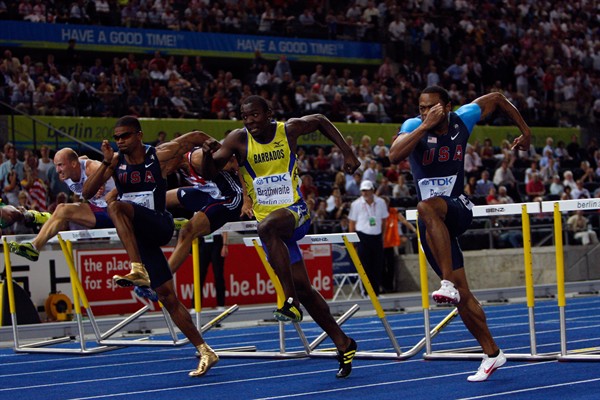 In the wake of Usain Bolt’s honorary ambassadorship in Jamaica to celebrate his record-breaking performance at this year’s World Games, Barbadian World Championship gold medalist hurdler, Ryan Brathwaite, has also been named an ambassador. Brathwaite was awarded the honorary status by Barbados Prime Minister, David Thompson, at an event at Kensington Oval last Thursday to celebrate his return to island. Brathwaite was welcome with a motorcade along the island’s south coast and the presentation of an SUV, in addition to the ambassadorship.

The island’s Prime Minister also announced that a National Board of Trustees will be created to oversee Brathwaite’s preparation for the 2012 Olympic Games in London. The Board will be in charge of securing the best training opportunities, travel, and other preparations to help him achieve his goal of a gold medal in 2012.

For more go to http://www.caribbeanworldnews.com/sports_one.php?sid=1830&a=3&cut=301&ad=sports