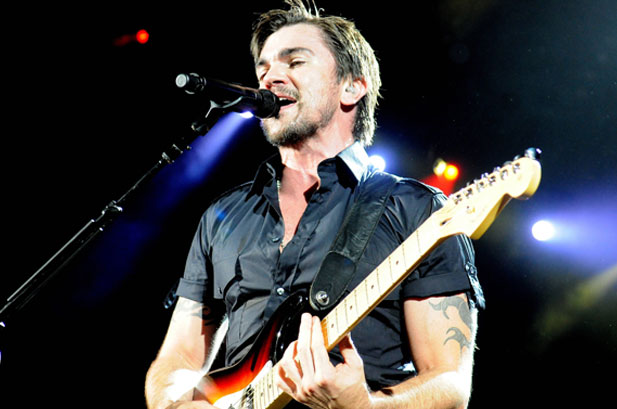 An international lineup of Latin acts will join Colombian singer Juanes at his controversial “Paz Sin Fronteras” (Peace Without Borders) concert, scheduled for Havana, Cuba Sept. 20, Billboard reports. The free concert, which coincides with the United Nations’ International Day of Peace, will also feature Spanish singer Miguel Bosé and Puerto Rican salsa star Olga Tañón in addition to Cuban artists Amaury Pérez, X Alfonso, Carlos Varela, Los Van Van, Silvio Rodríguez, and Orishas. CuCu Diamantes and Yerba Buena, Italian artist Jovanotti, Puerto Rico’s Danny Rivera, Ecuador’s Juan Fernando Velasco, and Spain’s Victor Manuel and Luis Eduardo Aute are also on the bill. In contrast to Juanes’ last “Paz Sin Fronteras” concert, staged last year to defuse an imminent conflict between Colombia and Venezuela, this year’s lineup is shorter on major, internationally commercial Latin acts. The concert has raised the hackles of some Cuban exiles, who perceive the concert as a show of support for the Castro regime. Juanes has repeatedly defended the concert — often via his Twitter feed -as an apolitical expression of peace and a desire to bring nations together through music.
The Sept. 20 concert will be staged at the city’s José Marté Revolution Plaza between 2 p.m. and 6 p.m. local time. There will be no presenters, and organizers have requested that both the performers and the audience wear all white as a symbol of peace. According to a news release from Juanes’ camp, local production costs for the sponsor-free event will be covered by the Cuban Institute of Music, part of Cuba’s Ministry of Culture. Juanes has also said that he, Bosé and Tañón are covering production costs themselves. None of the artists performing are being paid to perform. Spanish composers’ society SGAE, Air Europa, A&C Charters and Aerosur are pitching in as well to cover rehearsals and airfare. Over 160 journalists have been credentialed to cover the concert, which will be aired via satellite through Cuban TV. The feed for the concert will be made available to any TV, online or radio outlet.

One thought on “Juanes’ concert lineup is announced”