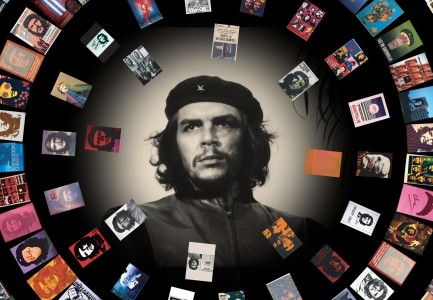 In a new documentary titled Chevolution, producer/director Trisha Ziff and director Luis Lopez explore the Che phenomenon from all angles, including the revolutionary’s early life, his fateful encounter with Castro, the Cuban revolution he helped make happen, to his life trying to foment revolutions in other countries. But it also examines how he crossed paths with photographer Alberto Korda, the fashion photographer/photojournalist who took the famous picture of Guevara that was the basis for the icon we know today. Here are some excerpts from the review published by the Tribeca Film Festival, where the film was screened this spring:

The story of Che, Korda, and the photograph that started it all is told via archival footage and photographs, some light narration, and interviews with people from all walks of life. We hear from some of the people who traveled with Guevara in South America, where he was a medical student who saw the suffering of the poor and wanted to do something to help them. They also speak to some of the photographers who, along with Korda, documented Che’s rise to power after the revolution he and Castro began in Cuba was a success. They also speak to Korda’s daughter, Diana Diaz, who’s protecting the legacy of her father’s most famous work, Jon Lee Anderson, a biographer of Che’s life, and a range of people who have been influenced by Che, positively (Tom Morello of Rage Against the Machine, for instance), negatively (Cubans who hate what Che stands for), and everything in between.

What struck me about the movie was its completeness; it not only took a careful look at the lives of Guevara and Korda, but it also examined the genesis of the famous photograph, taken at a memorial for the victims of the 1960 terrorist attack on the ship Le Cubre. The photo, one of two frames of Che amongst rolls taken by many photographers at the event, wasn’t even published in the local papers the next day, but showed up internationally seven years later. Che’s revolutionary message, which dovetailed nicely with the student protests that had started around the world by that time, combined with a lack of copyright laws in Cuba, allowed the image to spread like wildfire around the globe.

But the film also talks about how Che lived the remaining years of his life, which ended during a failed revolution in Bolivia in 1968, how his message has been diluted by the capitalistic efforts to exploit his image, how Che’s revolutionary message wasn’t supported by everyone, and the belated efforts of the late Korda — and now, his daughter — to protect the use of the image via lawsuits. Just about all of it is engaging, making it less a dry history lesson and more of an examination of how pop culture and capitalism conspires to make Marxist revolutionaries into corporate logos.

The film is being distributed by Netflix’s Red Envelope Entertainment, and should be available from them in the near future.

For the complete review go to http://www.cinematical.com/2008/04/27/tribeca-review-chevolution/

You can watch the trailer here