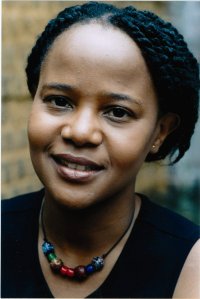 Edwidge Danticat, the Haitian-American author who immigrated from Port-au-Prince to East Flatbush at age 12 and now lives in Miami, will receive the Best of Brooklyn Inc. Award for her work, which includes a memoir set in Brooklyn, Brother, I’m Dying. “I feel like Brooklyn has contributed so much to me as a person and as an artist,” Danticat said of the award. “The idea that I’ve contributed anything to it is very moving to me.” The award is part of this year’s Brooklyn Book Festival, which this year seeks to stimulate minds as well as funny bones. Among the more than 200 authors set to appear at the fourth-annual festival Sept. 13 at Borough Hall are humorists, satirists, and some of the borough’s—and the U.S.’s—sharpest wits. “Humor and apocalypse go well together,” said “Absurdistan” author Gary Shteyngart, who will participate in a panel on satire and comic relief in the midst of this year’s recession. Joining him in that discussion will be Sloane Crosley, whose book of essays, I Was Told There’d Be Cake, takes a humorous take on her disastrous first job at a publishing company and her tale of her stint as a volunteer at the Museum of Natural History.