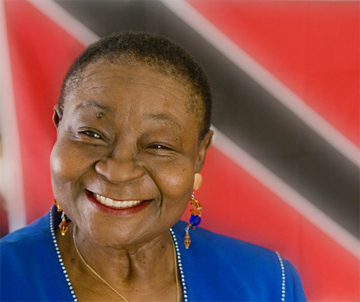 On August 25, 2009, NPR-Music featured the music of legendary Trinidadian singer, Calypso Rose from her GlobalFest performance earlier this year. NPR reports that hers was an impressive, closed-out performance with “the sensuous, vintage dance music of her Caribbean home,” adding that “having recorded her early hits in the mid-’60s, Rose is a venerable diva of an all-but-vanished style.” NPR describes the concert:

She and her mostly Trinidadian band delivered the calypso of old, before drum machines and keyboards revved calypso into soca and all subsequent variants. This was perhaps the evening’s only example of a group playing an established pop music style that they actually grew up with. Amid all the fusing and updating, Rose and her group provided a welcome shot of charm and class. Her playful rendition of “A Man Is a Man” sounded as sweet as anything heard all night.

For the live concert, see http://www.npr.org/templates/story/story.php?storyId=101056407

One thought on “NPR Features the Music of Trinidadian Singer, Calypso Rose”