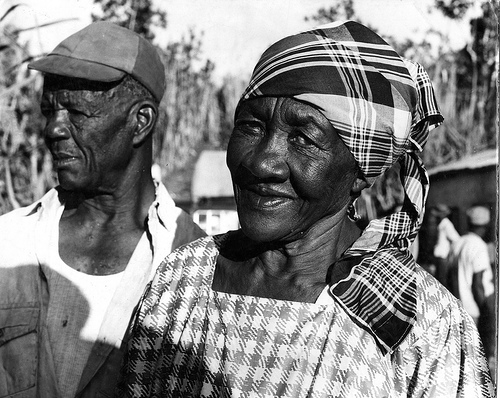 The London Guardian’s travel section has just featured an account of a visit to Jamaica’s Maroon territory. Here’s an excerpt. You can access the entire article through the link below:

This place doesn’t even exist in the guidebooks, yet Frank has been bringing visitors up here for years, providing a glimpse of Jamaica’s secret past.

“Back in the 18th-century, this used to be the main route up to the peak,” he said, removing an overhanging branch with a hefty whack. “Maroons would line the path and pick off British soldiers as they passed. They didn’t even know they were here until it was too late.”

Standing here, it was hard to imagine such violence. Off to the right the land rose sharply into an electric blue sky. The scenery looked good enough to eat, all lime green leaves and pink and purple flowers. The trail led us steeply uphill, the trees on either side creating a tunnel that added to the intrepid atmosphere; it felt like being in an Indiana Jones film, a feeling that increased when we arrived at the ruins a couple of hours later.

Frank dived into the thicket with a trademark thwack and a cry of “follow me!” Just off the main trail was the great house, its metre-thick walls being slowly wrenched apart by trees reclaiming the land.

The waterwheel was still here too, its rotting wooden frame engulfed by creepers. There were around eight buildings scattered across the site, each one requiring a scramble over fallen logs and stonework – decomposing history waiting to be explored.

“There are ruins like this all over the island,” shouted Frank above the hammering rain, “just going to waste.”