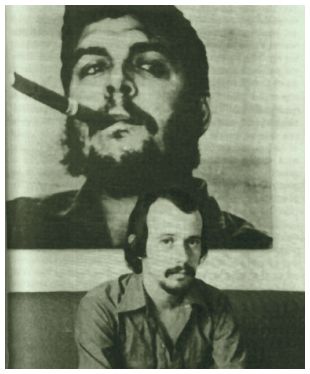 Cuba’s best-known “nueva trova” singer says he has a new song intended to “rehabilitate” the image of revolutionary Ernesto “Che” Guevara from the international super-brand seen on everything from coffee mugs to refrigerator magnets. The song on his upcoming album returns the emphasis and meaning of Guevara’s life to his struggle against imperialism, his love of being a revolutionary and his concept of socialism. All were far more complicated than much of the world understands, he added.

“Che’s legacy is always different, always against the international current,” Rodriguez said in an interview published by Cuban state-run news agency Prensa Latina. “Tonada del albedrio” — which roughly translates as “Tune to Free Will” — is on Rodriguez’s latest album, “Segunda Cita,” or “Second Date,” which has been recorded but does not yet have a release date.

Guevara’s children have also complained of seeing their father’s image used to sell everything from T-shirts to vodka, calling the growth of the “Che” global brand “embarrassing.”