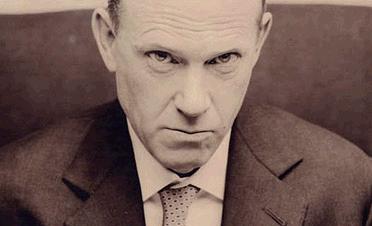 You would think that a writer’s change of agents would hardly warrant a notice in a newspaper, but to judge by the amount of ink spilled over V. S. Naipaul’s decision to leave his agents of 30 years to sign with “the mighty and ruthless American Andrew Wylie” it seems to be the stuff of high drama.

Here’s a taste of what seems to be at stake. You can access the entire article through the link below:

V. S. Naipaul has a new literary agent. After 30 years of working closely with U.K.-based veteran Gillon Aitken, the Nobel Prize–winning author of A House For Mr. Biswas has signed on with the mighty and ruthless American Andrew Wylie.

Mr. Wylie is known—and in some cases, hated—throughout the publishing industry for routinely and unapologetically pursuing prestige authors who already have agents, and recruiting them for his ever-expanding client list with promises of more money and better representation overseas.

His play against Mr. Aitken for the Naipaul account included an extra bit of drama, in that he was seeking to usurp not just a competing agent but a former partner who served as something of a mentor to him when, starting in 1986, the two of them worked together as part of the international agency Aitken, Stone, and Wylie. It was during those 10 years, which ended when the firm broke up in 1996, that Mr. Wylie got his first taste of working with Mr. Naipaul, selling his U.S. rights while Mr. Aitken handled the rest.

Though it’s tempting to trace the roots of Mr. Naipaul’s defection to those days, Mr. Aitken says his old partner would not have had much personal exposure to the author back then.

“Each of us remained the primary agent for his clients, and to that extent—also bearing in mind the geographical distance between the UK and the US—relations with the other’s clients were pragmatic rather than close,” Mr. Aitken wrote in an email Tuesday. “I do not know, since 1996, to what extent Andrew Wylie ‘actively’ or indeed otherwise ‘pursued’ Sir

V. S. Naipaul. Certainly, in the thirteen years that have elapsed, Sir V. S. made no mention of it.”

For the complete account of the betrayals and mud-slingings involved, go to http://www.observer.com/2009/media/naipaul-dumps-longtime-agent-joins-wylie-empire

The photo above shows the “ruthless” Mr. Wylie looking suitably sinister. It is from an article in the Spanish Newspaper El País, where he is appropriately named the “jackal” of publishers and raked through the coals for his aggressiveness and take-no-prisoners approach to literary agency. If you read Spanish, you may enjoy the article at http://www.elpais.com/articulo/cultura/Chacal/libros/confiesa/elpepicul/20081019elpepicul_1/Tes