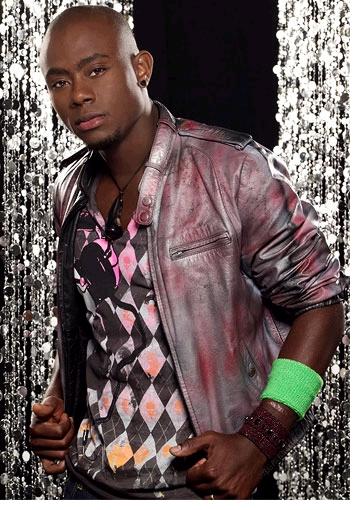 The Miami Herald has just published a profile of Vitolio Jeune, one of the contestants in the hit Fox TV show So You Think You Can Dance. He is one of five contestants from Florida but is set apart by his unlikely path to the relative fame of a televised dance competition. Raised in an orphanage in Port-au-Prince, he was, at 15, an orphan dancing for pennies on the streets of Port-au-Prince just looking to stay alive.

Jeune was born in Haiti to a single mother who died in childbirth when he was 5. His grandmother took over raising him and his younger brother until Jeune was 9.Then, unable to support them any longer, she sent the boys to The Little Brothers and Sisters orphanage outside Port-au-Prince. ”She knew they would feed us three meals a day, and she really had no choice,” Jeune says.

In the orphanage he got his first taste of dance, from a Michael Jackson video and some Haitian dance classes. When he was 15 Jeune took a guard’s car for a joyride, crashed, and was expelled. He returned to his grandmother’s apartment, often sleeping on the floor so she could have the single bed that eased the cancer that killed her within the year. Desperate, Jeune began dancing on the street, subsisting on a few gourdes a day in tips and money his aunt in Miami sometimes sent him.

In 1999 he auditioned for Artcho Danse, a dance school with the Compagnie Ayikodans, a well-known Haitian and contemporary troupe, where he rapidly progressed from scholarship student to apprentice to company member. Jeune toured internationally with Ayikodans, performing in Europe, Latin America and Asia. On a layover in Miami in 2005, he filled out an application to New World Foundation, where after an audition, he earned a full scholarship. ”He was born to dance. We all saw that,” says Daniel Lewis, dean of New World’s dance department. “He was a wild maniac in movement. If you put him in a classroom, he took up all the space.”

Older than the other students and with no formal training, he struggled in the highly demanding conservatory. ”He had a raw beautiful way of moving with absolutely no technique,” Lewis says. “He didn’t know how to relate to everyone else. He’d been out there a long time on his own, and he had that personality where you’re out for yourself, you’re gonna get what you need out of life. But he came through in the end really well. It’s not a transition everyone can make.”

”He’s not afraid to do anything, and he doesn’t hold back,” says Natalie Rogers, assistant to famed modern dance choreographer Garth Fagan, who rehearsed Jeune in a Fagan work at New World. ”It’s very important as a dancer to have a sense of self. Who you are comes out very clearly when you’re a performer.” Fagan was so impressed by Jeune that he helped pay his living expenses and invited him to join his company.

With its glitzy pop style, So You Think You Can Dance seems an unlikely destination for Jeune. He auditioned in Miami in February ”just to have fun,” and was one of 20 contestants selected from thousands of hopefuls. The dancers are divided into couples — Jeune’s partner is Asuka Kondoh, a Latin ballroom dancer from San Francisco. The couples perform a new routine on each Wednesday night’s show. The audience votes, and the lowest-rated couple is eliminated on the air on Thursdays. The single winner on Aug. 6 takes home $250,000. A few contestants from previous seasons have gone on to Dancing with the Stars.

Jeune has an offer to join one of the country’s most-prestigious modern-dance troupes, the Garth Fagan Company. Jeune’s teachers hope he’ll follow a less-commercial route than what the tv show can offer. ”He’s better than what they’re putting on the show,” Lewis says. “The show is fun, not art. He’s an artist.”

For the complete profile go to http://www.miamiherald.com/entertainment/story/1107960.html