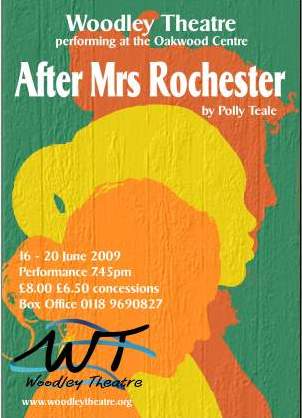 The Woodley Theatre Company (Reading, England) is presenting an amateur production of Polly Teale’s play After Mrs Rochester, which is based on the life of jean Rhys. The play will be performed at Oakwood Centre in Headley Lane from Tuesday, June 16 to Saturday, June 20 at 7.45pm. Details can be found at www.woodleytheatre.org.

It is not that we expect any of you to rush to Reading next weekend, especially for an amateur production (unless you are already in the neighborhood)—only that the announcement of the amateur theatricals reminded me of the play, which I saw in its original production by Shared Experience in London with Diana Quick excellent in the role of Jean Rhys.

The play takes place in an Bertha Mason/Antoinette Cosway’s attic room as Jean, battling with depression and alcoholism, reminisces on her past. Characters from her book, particularly  from Wide Sargasso Sea enter the space as the play interweaves key events in Jean’s life from the West Indies and Europe, with those from Jane Eyre.  Also in the attic is Bertha Mason, acting as Jean’s alter ego.  She is on stage throughout the play gaining a stronger presence as Jean’s own madness starts to emerge. 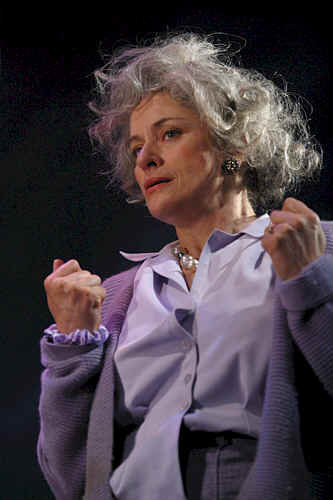 The original production at Shared Experience, which was directed by the dramatist herself, drew high praise from both audience and critics. It won the Time Out award for Best West End Production. The Evening Standard called it “Breathtaking…a rare feat of theatrical imagining.” The Times wrote that After Mrs Rochester “tells Jean’s compelling story and reveals how her obsession with Charlotte Brontë’s Jane Eyre became the catalyst for one of the works of genius of the 20th century.” The Mail on Sunday called it “an outstanding production flawlessly performed.”

Diana Quick, we should note, had already established her Dominican credentials when she played the role of the mother in Channel Four’s adaptation of Phyllis Allfrey’s The Orchid House, which was filmed entirely in Dominica.

For more on the Shared Experience production go to http://www.sharedexperience.org.uk/past2.asp?levtwo=1&ord=3

One thought on “After Mrs Rochester: A play about Jean Rhys”