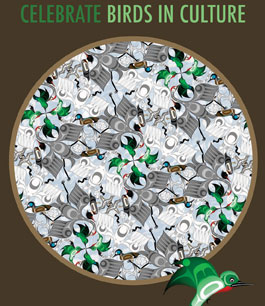 The month-long celebration of endemic Caribbean birds closed this weekend throughout the region. The initiative, which included sixteen Caribbean nations this year, is hoping to expand even further next year. The theme for 2009 was “Celebrate Birds in Culture,” the same theme adopted by the International Migratory Bird Day (IMBD) for this year. This was an opportunity to explore birds in culture, with a focus on the role birds played in native cultures, their symbolism and folklore, and how birds inspire conservation.

In Cuba, the festival closed with a meeting at the Museum of Natural Sciences of Sancti Spiritus, a National Monument, where speakers warned against the factors that endanger the existence of several bird species in the region. They also debated the problems affecting 15 Caribbean countries, where deforestation, fires and environmental pollution have become the worst threat against the local flora and fauna. Researcher Abel Hernández told Prensa Latina that of more than 300 Cuban species and subspecies, there is a group of endangered birds, including the tocororo (Cuban trogon, the national bird), parrot and catey, among others. He added that the experts’ work, and especially people’s efforts, must be aimed at prioritizing actions in favor of a culture of biodiversity and protecting the environment.