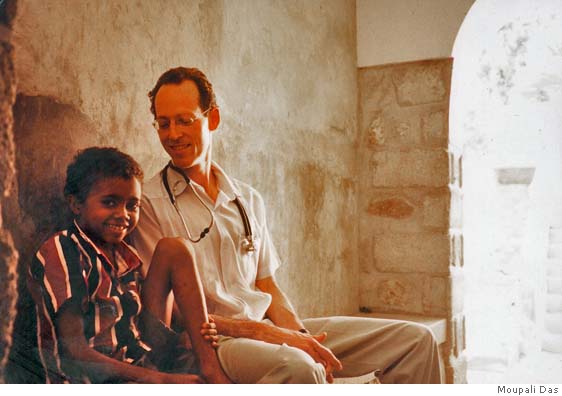 Among those selected to join the American Academy of Arts and Sciences this year (in addition to Jamaica Kincaid, about whom we wrote yesterday), is Paul Farmer, the American anthropologist and physician whose name is so closely associated with the fight against tuberculosis and AIDS in Haiti. Farmer, one of the founders of Partners in Health (PIH), an international health and justice organization, is also the author of several books on Haiti, the best known of which is AIDS and Accusation: Haiti and the Geography of Blame. Farmer, who holds a faculty position in the Department of Social Medicine at Harvard, was the recipient, just a few months ago, of a Hero Award from the US Centre for Disease Control and Prevention in Atlanta, Georgia. Partners in Health is credited with stopping the spread of TB in central Haiti and reducing the transmission of HIV from infected mothers to their babies to about 4%, a rate comparable to that of the United States.

Since 2004 Farmer has been working in Rwanda, seeking to replicate his world-renowned Partners in Health model in the war-torn country. The East African site has published a detailed profile of Dr. Farmer, which includes details of his early work in Haiti. Farmer is the subject of Tracy Kidder’s 2003 book Mountains Beyond Mountains: The Quest of Dr. Paul Farmer, A Man Who Would Cure the World.