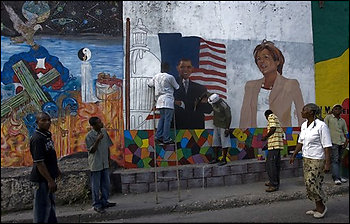 Amidst a very low turnout, Haiti’s Senate elections were marred today by sporadic violence, forcing authorities to cancel polling in parts of the country. The closing of some polling stations was the result of disruptions caused by hundreds of protesters. More than 4.5 million Haitians were eligible to appoint 12 senators out of 78 candidates, although voter apathy prompted a low turnout following years of broken political promises. Haiti, hit hard in recent months by a series of hurricanes and natural disasters, continues to battle chronic poverty and corruption. The disruption in the elections will further destabilize a fragile political situation on the island.